No products in the basket.

The CENTRE FOR INDIAN CLASSICAL DANCES AND YOGA, Almaty-Kazakhstan was established in March 2006 by Akmaral Kainazarova. It is remarkable, since this Centre is the first noncommercial institution of international level in Kazakhstan and entire Central Asia. 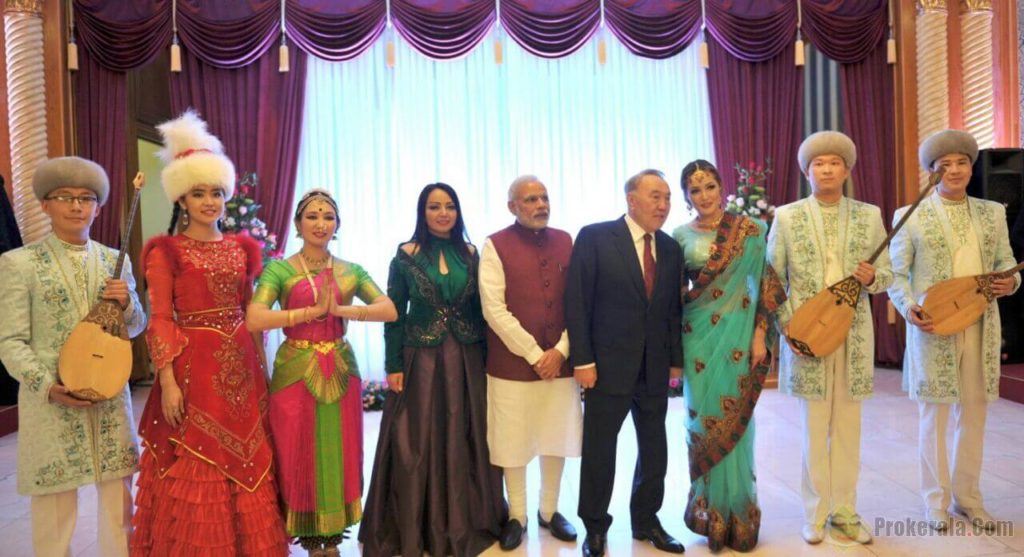 The aim of the Centre’s work – is a development of physical and spiritual world for the benefit of the human being, the opening of an individual’s creative potential and body health improvement through unique Indian classical dance. Also mutual understanding and harmony between people of different nationalities through sophisticated elite art, deep study of Indian classic dance Bharatanatyam, Kathak, folk dances of India and Kazahstan. Strengthening of cultural relationship  between Kazakhstan and India. Understanding of historical  closeness and interrelation of cultures of two countries.

By the invitation of the Indian Council for  Cultural Relations in New Delhi  Ms Akmaral Kainazarova and students of the  “Centre for Indian Classical Dances and Yoga, Almaty-Kazakhstan” conducted successful performance  at  the 4th International Dance & Music  Festival on 14th  October, 2013 at Kamani Auditorium,   New Delhi. The concert was attended by diplomatic corps and representatives of the intellectuals. Known dance critics Mr. Sunil Kothari and Ms Leela Venkataraman appreciated the colorful performance of the Kazakhstan dancers. 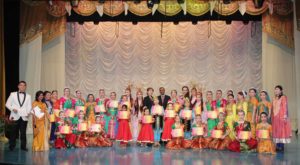 By the invitation of the Indian Council for Cultural Relations, New Delhi Ms Akmaral Kainazarova and students  of the «Centre for Indian Classical Dances and Yoga, Almaty-Kazakhstan» conducted Bharathanatyam performance in Kullu, Himachal Pradesh at the International Folk Dance festival  – Kullu Dussehra- 2013 on 16th October 2013.

Since June, 2015 “Centre for  Indian Classical Dances and Yoga” regularly celebrates the International Yoga Day at the cities of Kazakhstan. In the program: the Common Yoga protocol, designed by the Government of  India and  concert.

In November 2015 “Centre for Indian Classical Dances and Yoga, Almaty-Kazakhstan” received highest GRAND PRIX Award for the four first prizes in two age categories for performance of the Indian classical dance Bharatanatyam and modern dance in Bollywood style at the International contest in Poland.

“Centre for  Indian Classical Dances and Yoga, Almaty-Kazakhstan” on October 2016 participated in International contest  “Fiestalonia Milenio” (Spain), which was held   in Georgia. Contest was conducted  by Spanish organizers under the patronage of the Mayor of Tbilisi city, CID UNESCO, British International Federation of  the International Contest. By the decision   of International Jury from Spain Akmaral’s students  became the winners of the 2nd Prize Diploma. In category Solo – Akmaral Kainazarova is awarded by the 1st Prize Diploma .

“Centre for Indian Classical Dances and Yoga, Almaty-Kazakhstan” under the guidance of Ms Akmaral has conducted a series of concert programs of Indian classical dance Bharatanatyam and Kazakh folk dance in Kazakhstan and India to commemorate the 25thAnniversary of establishment of Diplomatic relations between Kazakhstan and India: 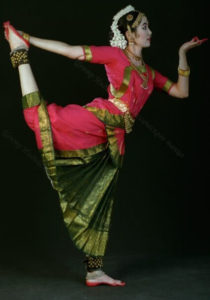 On March 14th, 2017 the concert program was held at the Kazakh State Philarmony named after Zhambyl in the city of Almaty. The official part of the program was opened by the Ambassador of India in the Republic of Kazakhstan Mr. Harsh Kumar Jain and culturologist, Diplomat Mr. Murat Auezov.

On March 29th, 2017 the program was conducted at the concert hall of “Delhi Karnataka Sangha” in New Delhi. Chief Guest of the evening– Mr. Bulat Sarsenbayev, Ambassador of the Republic of Kazakhstan in the Republic of India, Guest of Honour – Mr. Arvind Nayak, Managing Director of Nayak Group, New Delhi.

On March 31st, 2017 in New Delhi’s Vasant Valley School – one of the best private schools in the capital of India.

In November 2017 the intellectual educational SPIC MACAY program from India started new chapter in Kazakhstan with efforts of Akmaral Kainazarova and support of Embassy of India in Astana. Kathak Guru and performer – Shri Rajendra Gangani conducted inspiring   workshops in Almaty in schools, colleges and universities. 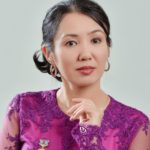 She is the   winner of Gold medal and title Champion of the World – 2003  in Hollywood, USA in nomination “ethnic dance” at Seventh World Championship of performing arts.

In the year 2004 Akmaral became the first member from Kazakhstan at the International Dance Council (CID) within the UNESCO in Paris. She is an empanelled artist of the Indian Council for Cultural Relations (ICCR) in New Delhi.

She has been honored with author’s certificate on fusion of Kazakh folk and Indian classical dances “In harmony of Kazakh-Indian rhythms” created for the first time in Kazakhstan.

On December 10, 2008 the Ministry of culture and information of the Republic of Kazakhstan awarded Akmaral Kainazarova the honor title and medal Madeniet Kairatkeri (“Representative of Culture”).

On December 15th 2015 at the President’s Palace in Astana on the event of Independence Day of Kazakhstan she was awarded by the title of “Kazakhstannyn Enbek Sinirgen Kairatkeri” i.e., “Honored Worker (Artist) of the Republic of Kazakhstan” signed by President of Kazakhstan Mr Nursultan Nazarbayev.

On the initiative of the Indian Embassy in Kazakhstan, Akmaral Kainazarova was honored  to perform Bharathanatyam to welcome the Honorable  guests from India, His Excellency, the Prime Minister of India – Shri  Atal Bihari Vajpayee (June 2002) during the CICA Summit in Almaty  and with her students for His Excellency, Vice-President of India Mr Mohammad Hamid Ansari  and present President of  Kazakhstan Mr Kasim Zhomart Tokayev in Astana  (April 2008).

In November 2016 Akmaral Kainazarova was awarded by the Gold Diploma of the International public association of charity foundations named  “Mama”. Award was given to Ms Akmaral for charity work through dance service, for a big contribution to a program of  protection of motherhood and the childhood.

Akmaral has presented her art   abroad in Tajikistan, Greece, India, USA, Kyrgyzstan, Canada, Poland, Georgia and across all Kazakhstan. She is the author of the dance projects: “Dialogue of cultures – integrated world” (2006), “Literature basis for Indian classical dance” (2007), “Indian classical dance and  martial  arts of East” (2008), “Essay on India” by Mukhtar Auezov in dance feature of “Centre for Indian Classical Dances and Yoga” (2009),  “Celebration of 20th years of Independence of Kazakhstan” (2011), “Celebration of the Year of culture” (2012), intellectual project “Guru-Shishya” (2014); concert devoted  to the 10th Anniversary of the “Centre for Indian Classical Dances and Yoga, Almaty” (2016), concerts to commemorate the 25 years of establishment of Diplomatic relations between India and Kazakhstan (2017), the Annual concert on occasion of  Inauguration of educational video material “Indian Classical Dance Bharatanatyam for beginners” in Kazakh, English and Russian (2018), concert to commemorate the 20th Anniversary of creative work  of Akmaral Kainazarova (2018).

Ms Akmaral is continuously working on  development of spiritual values among Kazakhstan people through classical and elite art, strengthening of cultural ties and friendship between Kazakhstan and India, promotion of Indian art and culture in Kazakhstan and Central Asia, promotion  of Kazakh folk  dances abroad. Today she is well-known artist. Her creative work is widely covered by Mass media in Kazakhstan and abroad. 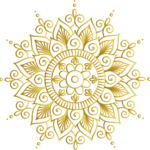